Ever Wondered Who's Winning?

Ever Wondered Who Was Winning?

I recently read a short debate between two ladies who inadvertly began going back and forth about who is winning, the Black man or the Black woman. This was interesting because, this is something that I have spoke about before. One of the ladies stated that as a whole black men aren’t winning.

The question I would ask though in what parameters are you looking. Because is certain aspects black men are winning and have been for some time and in others not so much. But as a lover of history I think its better to look at the historical record for the facts and then argue.

I would have to say as far as social issues and business success I think it she would be wrong to say black men are not winning. Black men were allowed to vote before, woman as a whole black or white. (This does exclude the South, but that is a different argument and story all together.) A Black man held a public office before a black woman (not just referring to the Presidency).

Now one could argue that the times were different then. That black woman were not as educated as black men, they were not given the same opportunities. So lets look to modern times, a black man was the CEO of a Fortune 500 Company before a black woman. For something more recent, a black man was elected President before a woman of any background.

Now none of this is said to put black women down, because as stated before there are areas where the black man is not ahead.
Black woman are currently ahead of black men in enrolling and completing College with a B.A. or B.S. degree. There are more black women taking care of their kids than black men.

None of this has been stated to put down either black men or women, but because of what I wrote it did invoke some thought and I wanted to put something out there. But I do think there is something that can be learned from all of this. That is that as a people we need to work together, we need to work harder. That we have made progress, but that there is still much more we can accomplish and more mountaintops to be reached. 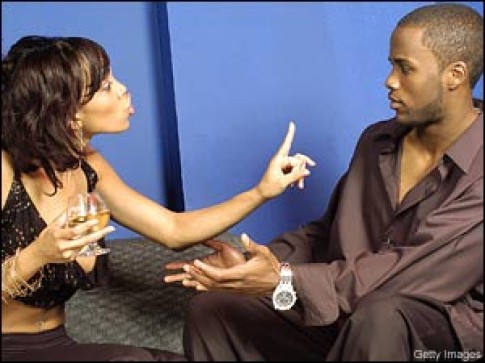