The Uncool aka Hong Kong Phonies

One of my favorite rappers had a track titled The Cool, well this is the UnCool aka Hong Kong Phonies. The title definitely speaks for itself. This isn’t a relatively new title, not at all. But oddly enough it continues to come up and I feel this is a great first post to bring it back with.
Smoking to fit in doesn’t make you cool. April 20th (4/20) is coming up and its the Official Unofficial national holiday for Weed Smoking. Well how many of you out there who don’t smoke right now will just do it to fit in that day. Honestly you look even more like a fucking loser, for doing it just to fit in. Now I don’t judge those who choose to smoke their brain cells away. But I will go in on those who are only doing it because their “friends” around them are doing it. Fucking Fool, yes I said it and yes you are a fool, an Uncool Fool.
Phonies, this is a subject I feel strongly about. I actually pride myself on being as unfake or real as possible. There are way to many people out here that are directly around me who are living a fake or phony life. Wake up and smell the coffee, that’s not truly you and those are not the things you’re really about. Now there are going to be those who read this or hear about this and feel some type of way. Asking themselves, am I talking about them? Well guess what if you are living a life that you know really isn’t yours then I’m talking about you. But let me save you sometime. Don’t be upset with me, don’t bother responding, mainly because I won’t care, but all that needs to be directed at self. You’re the one living some phony lifestyle a lifestyle that isn’t you. And you know what at some point your going to realize it. And at that point you’re going to much more mad at yourself than you would be now. There’s still time for you to get on the right track or actually just be yourself. I and I think the many others who also pride themselves on being real, would respect all those who are phony for any reason would respect you more if you would just be yourself.
Its okay to stand alone in a crowded room. Take pride in yourself knowing that you’re an individual. You don’t need a crowd, its cool to be amongst people, but if you have to compromise or change who you are to fit in to be cool, then its not WORTH IT.
So why Hong Kong Phonies, if you haven’t gotten it already. There are many things that are made in Hong Kong, many which are knockoffs, fakes, or PHONY. So to all those who want to be Hong Kong Phonies all I see you as is a cartoon and FUCKING CHARACTER.
Email Post
Labels: Life

Anonymous said…
Looks like you are an expert in this field, Great article and keep up the good work, my buddy recommended me it. 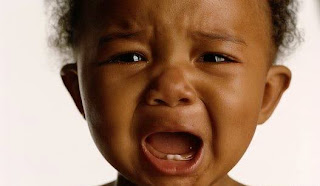