I have travelled to over a dozen countries, but a year ago I took the trip of my life and will forever be thankful for it. Since returning I have continuously tried to describe in the right words what that trip meant to me internally, to my growth and the position it will forever hold in my life. It is only a year later that I think I'm finally ready, that I'm finally able to put it into words.

For a while now, I've been saying "trying to describe this trip has been trying to describe what love or what being in love feels like when asked." You know in your mind you have the perfect words, but when you start saying them out loud they just don't seem to be the right words. So you keep trying until you just say "yeah it's like that." People who have been in love or know love will understand perfectly but in reality we may all not.

So what was your trip like you ask...it was phenomenal, breathtaking, amazing, enchanting, new, refreshing, scary, fulfilling, everything I needed and didn't know, a once in a lifetime experience, a high I will forever chase...

On Jan. 20, 2017; I left for Stockholm, Sweden. I would be spend the next week and half traveling to Amsterdam, Netherlands; Barcelona, Spain; Geneva, Switzerland and the French countryside outside of Lyon, France. I will add that for all my flights, hostels, Airbnb and hoteling, I only paid a little over $700. 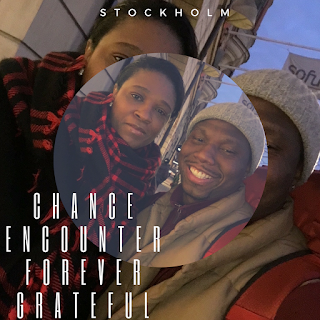 In Stockholm, only an hour or so after landing and making my way to my hostel, I made what I will say will be a life long connection with a random stranger. She's not so much a stranger, now but for the context of the story at the time she was. DeShyone was another solo traveller, a black woman from Chicago also in Stockholm for the first time. Meeting her outside of our hostel set the entire tone for the rest of my trip. We would spend the next 4 or 5 hours talking about our travel, our families, life experiences and so much more. Meeting her allowed me to relax in this foreign land, while it wasn't my first time in Europe and wasn't my first solo trip, it was my first solo trip in Europe. From there I was all set. I would spend the rest of the night bar hopping; talking to native's dancing to old school and even some current rap. They go just as hard for Biggie as we do.

I took a leap of faith and left one bar with a large group of locals, they were heading to the downtown club area of the city. They asked if I wanted to go, so I decided I would tag along. We walked over to one spot, which ended up being packed, we piled into a cab and headed over to the next spot. A latin club on the strip with other late night restaurants and dance clubs. Dance Dance Dance. I don't remember what time we left, but the sun wasn't far behind us. 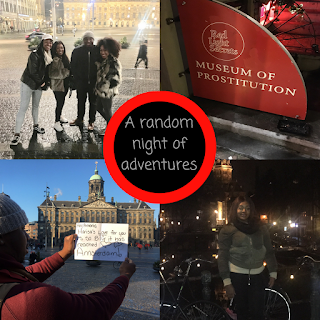 In Amsterdam, I found magic! I met so many beautiful people, many were black both men and woman. The people were friendly, happy and open to the possibilities of life. Amsterdam will forever be affectionally known as AMMY. It's were I would spend my 28th Birthday. I would meet other Aquarius in Amsterdam celebrating. Shout outs to Chanel. I met my birthday twin, Whitney!!! I would spend time bar hopping, taking random photos with random people, drinking milkshakes, and having an amazing time. Amsterdam allowed me to be free, adventure out into world, not worried about what was, but about what could be. I fulfilled a wish to be away for my birthday, not only was I away, but I was living.

Barcelona is a city that welcomes solo traveling. The art, the food, shopping, the landscape, the people, the clubs all say come here and check us out. I found myself one early morning, traveling back to my hostel; my cell phone was dead, I was hungry and was somewhere in the city trying to get back. Let's rewind. That night I figured I would check out the nightlife of Barcelona, I heard that it was something to experience. In one area of town there are a handful of spots to check out; Catwalk, Opium, Pacha and The Coconut Club. I can definitely say that Pacha is a nice spot. I meet all sort of folks; a couple from New York, lesbians from the states, traveller from our countries and Catalan natives. We were even treated to a performance by Silento (Watch Me - Whip/Nae Nae). Again, I continued the night with some natives at a local bar. As the night ended, my phone dead, I got initial directions on how to get back. Eventually I caught the bus and through my broken Spanish, communicated with the bus driver on where to get off and which way I should walk. As I walked the streets of Barcelona at 3am, I continued to ask others whether I was headed in the right direction. About 15mins after exiting the bus, here I was back at my hostel. There was beauty in this journey, random adventure, broken Spanish, traveling the streets and it felt like home.

NEXT STOP GENEVA! Such a small, but wonderful city. Set at the foot of the French Alps, Geneva is a city full of Black, Brown and other people. It has many of the trapping of home; from Chinese restaurants to Monkey Bar that has burgers and hookah. I spent the night exploring the local Red Light district that happen to be near my Airbnb. I got yelled at the next morning, for attempting to document my adventure too close to one of the windows. In both Amsterdam and Geneva the red light district consist of floor to ceiling windows, where the women sit in the windows awaiting a customer. The red light, confirms they are open and a purple light means they are transgender. The next night, I would discover the nightlife of Geneva; which I must say didn't differ too much from New York. There were the circles of people getting light, the corners with the hookah, the wines and dubs, and the dancehall and club music. It was a fun night, with hookah smoke, laughs, dancing and an overall good time. The next day I would be heading back to Stockholm to begin my journey back to the states. What I enjoyed the most though was ending the trip on a high note, a smile on my face and thankful for the experience. 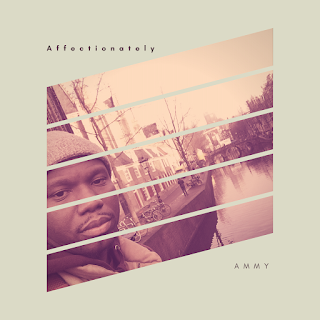 It's taken me a year to pen this, because I wanted to make sure I got it right. I wanted to do justice to the experience as it did justice to me. Everyone that I met on my trip was welcoming, they embraced me not as a stranger but as someone they may have known for years. These gestures allowed me to feel comfortable in a foreign place. I experienced trappings of home, I learned new things, discovered new places and HAD THE TIME OF MY LIFE.

I would encourage anyone with the time to travel. Even if you don't have the time right now, plan to make it. Traveling is one of the most beautiful gifts from God, that we should take more opportunities to explore. I'm willing to have a conversation or provide assistance to anyone who is interested experiencing this high as I did. I will forever chase this high, I will forever be grateful for the lessons learned, I will forever be grateful for the experience. My solo trip of 2017, opened my mind, it set the tone for what I would make of 2017. That trip, those lessons, the experiences provided me with a greater perspective of the world and my place in it. My spot was solidified in 2017 and in 2018 I will own it. 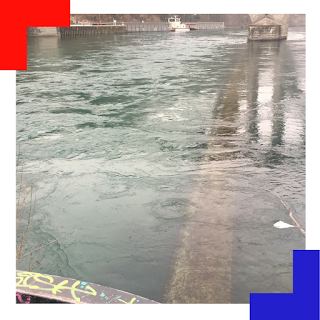 Daisy Goddard said…
I hope it will be a lovely Tripp. Thanks for sharing it with us.
cheap airport parking
compare gatwick parking