Skip to main content
Posted by Theory Republic May 14, 2013

Today's Tmrrw: Year One of MANY

What are the likely outcomes that come to mind when you put two Black women from Harlem together, to put on a dope radio show and movement? Bet it wasn’t Connie, Rosi and Today’s Tmrrw; well that’s what you get. Two women dedicated to make a movement work and a radio show dope! The two of them  together bring you a weekly radio show that explores the in’s and out’s of everyday life. It’s not just a two hour show that recaps pure celebrity gossip or what’s trending. But as a segment of the show puts it R.N.S., Real Nigga Shit. That’s what they are going to give you Real Nigga Shit. The of stuff everyday life, from dating bougie chicks to the best ways of fellatio, and everything in between. Its what's needed, in a world full of clouds as you navigate the streets you need a light that distinguishes the real from the fake. 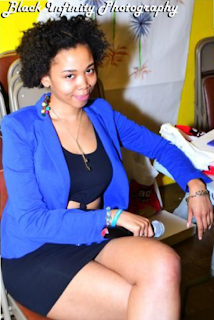 Coco, born Constance T. Rahming, is a Harlem native with a degree in Business Administration (she's not dumb y'all). She is about her business in all aspect of the word and over the years has developed a knack for networking and making things happen. She has always been one with an eye for new things all of which she put into her many endeavors. In her personal life, Coco likes having fun, learning new things, and finding new ways to master this task we call “Life”. Overall, Coco is just a young woman who gets a charge out of helping those around her, using her networking connections, and believes that there are enough opportunities out there for everyone to fine the one right for them. 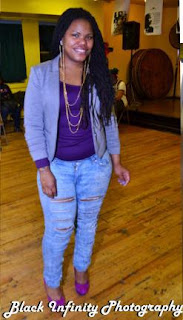 Rosi was born in 80’s Harlem, New York, as a child Rosi always took to anything that allowed her to express herself, from singing in local choirs and competitions, to dancing on her High School dance team. Rosi attended college with the aspirations of becoming an architect, but it wasn't until she explored the world of communications that she discovered where her true passions lied. In addition to co-hosting Today’s Tmrrw, with Coco, Rosi blogs from sites such as HouseofAuro.com and SerendipityNY.com. She also has a jewelry line, Glorified Opinions set to launch in May 2013, there’s clearly no stopping this Girl.

Going forward with the growth of the show, Coco and Rosi have decided to solidify their show. By adding a bonafide music component in the form of Dj Boogie Blaze & Dj Prince, the show will reach new heights!

Be Sure to Check out Coco and Rosi’s show Today’s Tmrrw Tonight and every Tuesday night on NightLine Radio from 10PM to Midnight. Also celebrate with them as they honor their one year anniversary. Its BIG, it’s one year of the show and year one of many of the MOVEMENT.