Humble, In A Room Full of Hoes 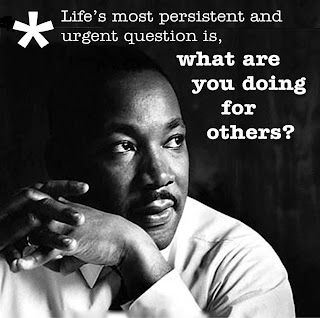 This past Thanksgiving morning, I got up to go serve dinner at a Harlem Community center. I don't say any of this to brag or look for your acceptance or approval, but to emphasis the need to remain humble in life. I won't say my father's an ancient Chinese philosopher but I will say in my 23 years he's taught me many life lessons and given much knowledge that not always understood then but makes much sense now.

On this day of January 21st, 2013; we dedicate it to the life and service of Dr. Martin Luther King. A man who tirelessly fought for ALL, who walked and were born on this earth. He did this not looking for an applause, approval, or acceptance from the masses, he did it because it was his righteous duty. What makes this day so much more vigilant is we celebrate the Inauguration of America's first African American President to a second term. Another man who has fought tirelessly for ALL. So on this day but always in life I believe its essential we all do our part to help the next man, woman, or child. Not for acceptance or approval, or applause but because its just the thing that needs and has to be done.

I remember being younger and him saying to my brother and I, that we were more fortunate than many of the kids in our neighborhood and had already done more than most have done all their lives. He wasn't saying this to shit on the kids or people in my hood but to get my brother and I to understand that we were blessed. I don't remember how old I was when he said this to us but I do remember it and I'm old enough now to understand it. I've been blessed in life and though I cannot fully repay those blessings; I can at least attempt to pay it forward. 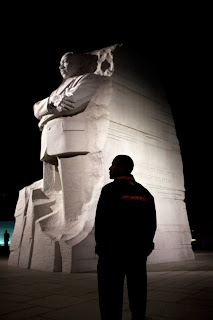 I think it's each our duties to, if we can help the next man or woman. I didn't go do it to later write a piece on it, for the likes from the pics that may be on Instagram or Facebook, I didn't do it for your acceptance or approval. I did it because I had to, I did it because I've been blessed to be in a place to help others.

If I don't remain humble, give back, and help do for others; what's the point of having been blessed. I could easily be one of those who need the help most. I chose to remain humble in the face of not being. There shouldn't be an alternative but there is, which one will you be?
Email Post
Labels: Inside of Me Life Politics Social Issues