The Real Problem With Jordans 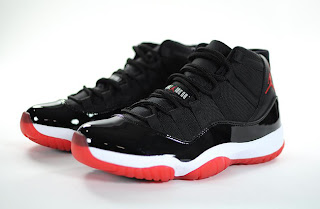 This is the real problem with this ongoing Retro Jordan trend. I've never really been into it and honestly saw much of it as nonsense. From waiting on extended lines for days and weeks on end to the new thing of posting the new kicks on Instagram. "I GOT THEM J's" Then you hear the counter argument that no one says anything about the people who wait on line for iPhones and other things. Let say they too are foolish too. I've never waited on any of those lines from getting the original Xbox to an iPhone to Black Friday, haven't done it and don't plan on it.

But lets get into the point of what this piece is about, the real problem with this ongoing Retro Jordan sneaker trend.

Yes it could be said that urban youth are spending hundreds of dollars on a pair of sneakers that will be outdated in about 6 months is foolish. Or that people are robbed, assaulted, threatened or even killed at some of these releases. But the ultimate problem with this is.

Many of these young kids who are so involved in this trend have no understanding of what the Jordan brand is, what it did for a generation, a game, or industry. Many of them don't even understanding the mark of Michael Jordan in general. This is the problem they are just blindly following in a fad that tends to come and go with the seasons. Why do they get so involved though? because the next one has and I won't be cool without them. 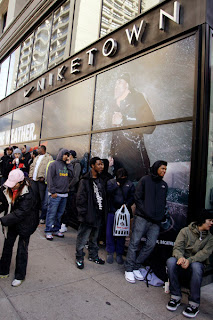 Michael Jordan and his brand of sneakers changed not only basketball but both the sneaker and advertising industry. Never before had a basketball player of any caliber revolutionize any of the three the way Mike had or has currently. It's similar to the way Motown changed music or Oprah with talk shows. What makes Michael Jordan so great isn't just his stats from his playing days or his Championship rings, it was the way he transformed the National Basketball Association, Nike, and any marketing and advertisement that came because of him. It is his current ability to stay relevant still within these's industries.

But it's because of his staying relevant that many in this current generation miss the true meaning behind it all. There's a vast lack of appreciation for what this brand is. It's like me screaming and dancing in sync for an old temptations record. I can appreciate the good sound of the music but to act as if I completely understand the transformation their music made is preposterous and void of real understanding.


If any of this sounds or seems as if it could be wrong, I ask that you simply do this. Ask a member of this younger generation that is a consist Retro Jordan sneaker buyer what does Jordan and his sneaker mean to them, the game of basketball, history, hell even to fashion; then reflect on their answer.
Email Post
Labels: History Inside of Me Life Social Issues Sports