just the music and parts of the lifestyle.

Cues the Hip Hop Hooray, some Tyrese and Brandy, and Bad Boy's Mase and Biggie; the girls in baggy jeans and overalls with constructs. 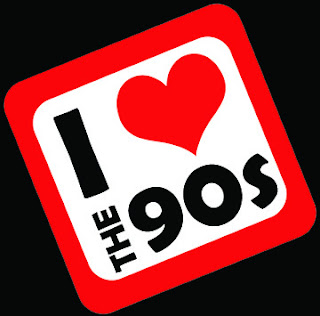 Some will not see how I can say I need this back. But I do, the music from the 90's set the tone for how you were cruising. Tupac's "I Get Around" LL's "Around the Way Girl", close your eyes and picture it. Brandy and Monica or Tyrese just coming on and you just related, you just did. Music; rap and r&b was made with more feeling, more soul, and I NEED THAT BACK. *Waves hands from side to side while screaming; hip hop hooray hoo hey hoo hey hoo hey hoo hey hoo hip hop HOORAY*

I need back overalls, Tim's, and loose Jeans. I need .50 icees and 1.00 ice cream cones. Quarter water and colored juice. Summer where I digged in dirt looking for worms and Saturday mornings in winter eating cereal, playing and watching power rangers. I need back childhood crushes, and games of tag and freeze. I need summers spent outside on the stoop or the hood of a car. I need the dime pack of sunflower seeds back. I need back when sour power made ya eyes squint. I don't need the 90's back, but I do need the music and parts of the lifestyles. *you know you remember summer nights IN FRONT THE BUILDING, cause you couldn't really go any farther than that, but those were the best of times*

I'm craving to go back to a day when life was. The hustle mentality was real, not to put up on a social media site, or to throw it around (even though we still did) it was done because that truly was just a way of life. *we hustle out of a sense of hopelessness. sort of a desperation....we offer our lives* 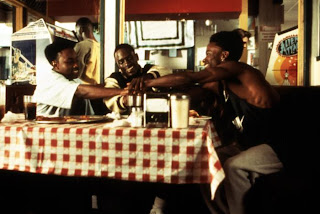 Kisses were just that, short feels came next, and after an extremely long period of time of those two you MIGHT GET LUCKY at seeing and touching below the belt. Because we all know that back then feels we're no more than a chest, maybe and it's a big maybe her butt. *think of that scene from The Wood, where the chic goes "eww that's nasty" LOL* Now it's all rushed and put together, music has lost it's essence, it's missing soul and connectivity. Dressing has become a fashion show, its no longer about looking nice for just yourself. The characteristics of a childhood; the food, is either now to expense, fatting, or no longer available.  Everything from Disney movies to playing outside has all changed. I don't need the 90's back, just the music and parts of the lifestyle.

But I guess all has to change. If I ask my parents if they prefer to bring back the years of their childhood, they'd say yes too. Ten cent ice cream, Diary Queen, Woolworth counters, and all of the other works. We all want parts of our era back, unfortunately we can't have it. So what we do in our minds is reminisce about them in pieces like this and with those that grew up with us in that era. And every so often, by grace and a little effort there's a small light that flickers on and just for that moment we can relive in present day that time which we cherish so dearly. I don't need the 90's back. . .
Email Post
Labels: Fashion History Inside of Me Life Music

Fashion&Lifestyle by Ky said…
This entry put a smile on my face...Those were the days...I find myself listening to only 90s music because i can't relate to anything recent.
November 12, 2012 at 12:19 PM