Children: A Blessing or A Burden

I want to take a few minutes of your time to talk about something real. And hope that you stick with me and share your thoughts on it too. 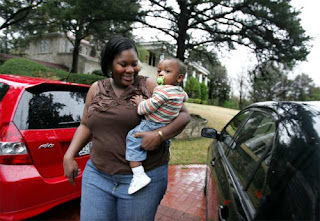 I've never really understand how people, yes people not just a woman or a man because it takes two, have a child that they aren't ready for. Now there’s an old adage that says no one is ever truly ready to be a new parent. But you can be somewhat prepared mentally, financially, emotionally, and physically.

It's something I seriously wonder about. I don't understand some people; you have one child that's no older than like 3 years old and turn around to have another. On top of it all you're still no better off than when you had the first one. Financially you're not, mentally you're not, emotionally & physically maybe but when that second child comes, say goodbye to that. Combine that with not being financially and mentally stable the walls will come down around you. Secondly, your relationship is in the same place as the last one. No marriage, no ring, no FUCKING NOTHING, just simple boyfriend and girlfriend with minimum potential. So please explain it, someone please try and rationalize this. 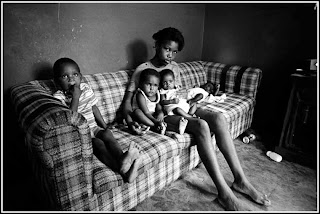 Then there's the possibility of a third, fourth, & etc.  And it's real, it's really happening just like that, time and time again. I recently asked a question, is it a single mothers fault that she's poor? I'll withhold my comments and my opinions on that. But I do ask you to answer or share your thoughts.

I will end with this, it is said that giving birth is a blessing. I will say that children are beautiful. The blessings that's can be bestowed upon you through personal growth and the nurturing you will give is one only a parent knows. But raising a child before one is decently prepared can be destructive for the parent and child, thus making it a burden.
Email Post
Labels: Inside of Me Life Social Issues

Rum-Punch Drunk said…
OK Theory. It's not a single mothers fault for being poor, especially if she found herself in unfortunate circumstances at the time. But, what I would say, is that it is clearly up to her, and her alone, to protect herself against more pregnancies, especially if she cannot financially, emotionally etc deal with the first one. I'm not even going to deal with the men here because women are not stupid, there heart may be in the right place but some of them just need to wake up.

But if a woman is fully committed to a man and doing everything that a wife would do upfront, I'm being cynical here, what incentive does that give the man to put a ring on it.? She becomes common law, by default. If the man wanted a wife, he would in no doubt marry her.

Women need to take it easy, enjoy their life, take time in choosing the right guy and relax. We all make mistakes, but to do it 2, 3 , 4 or 5 times and with so many different baby fathers, that's just having a laugh. And what makes it worse, is the women who see this happening all around them, and just follow fashion. Hmmm.