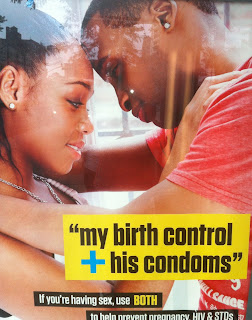 Sex ain't better than______, but it's one hell of a great feeling. The pain,passion, pleasure; the scratching, biting, squeezing; the holding, caressing, and loving. If you've had sex you’ve experienced at least one, if not several. But that's not the point of this piece, it's to ask a question are going about it the right way.

Teen pregnancy might be down, but are the number of out of wedlock pregnancies? Now I'm not trying to judge anyone situations or come off as not understanding that things happen, cause they do. But from what I'm seeing thus far and had conversations on, “the things happen” line is a rare occurrence.

We all at this point we know what it takes to make a baby. So my question is that little thing that's not 100% but better that 0%, where is it and why isn't it being used, deployed, or possibly even discussed.

I get it, sex is a GREAT feeling, it's a GREAT thing, but what's wrong with using a condom or other forms of birth control. Quoting a friend "it's like being a baby momma is an epidemic." Back in the day it was shameful to have a child and not be married, I'm not saying we get back to those days. Times are different and you really shouldn't feel ashamed about bringing a life into this world. But the rate of out of wedlock pregnancies is just growing rapidly and this upside down funnel has spiraled into many other problems and issues.

Think about it they could be their classmate or neighborhood friend. This doesn't sound so absurd does it now? Because its not like dudes don't mess around with chics in the same hood, and females haven't ever wanted the same dude as another chic on the block. 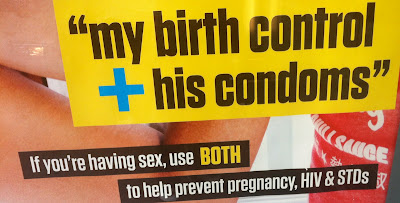 It always leads me to question if y'all aren't using condoms are y'all getting tested?

Most likely the ones reading this aren't the ones being targeted, but if you are think deep about it. And if you aren't, repost or past it along.
Email Post
Labels: Life Sex Social Issues