The BULLSHIT: They Don't Even Know 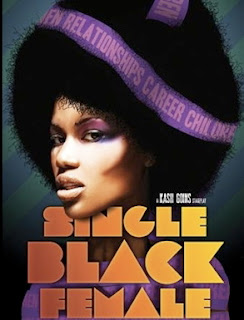 Women will say men don't know what they want well I would beg to differ. I recently watched an episode of "Baisden After Dark" and the topic was "Are Women to Picky?" I won't answer to whether they are too picky, but something else that came up is what I will answer which is, do women really know who it is you actually want?

A guy can tell you from the beginning whether he wants to date you casually, have a relationship with you, or just want to fuck. The difference is will he tell you that or will you have the courage to ask it?

Ladies on the other hand half the time can't tell you whether she wants to do any of those. But even before that many times she has no idea the type of guy she really wants. I break it down like this, yes she may have this idea or image physically of the man she wants, but when its all said and done, that man is never really close to the man she wants or even truly needs. Outside of having that physical image then you have women who can't decide on the make-up of that man. If he's sensitive is he too sensitive, if he's manly why is he not sensitive enough, and if he's an even balance of the two, what's wrong with him.

What makes all this even more relevant is later in life, many women admit to not having a clue to what it is they want. I'm talking about those single women in their 30's who are professional, successful but still SINGLE. Yes, they know they want to be married or not, have kids or not, and the career they may want, but none of that is the topic at hand.

Anonymous said…
That's 100% true. A lot of the time females are afraid to hear what the guy wants. They may see him, and want him so badly that they go into it without knowing what it is, if it's anything at all. Then once they realize that mistake and know they should speak up they chicken out. This is from personal experience so when I finally realized I did just that. I was temporarily happy with what was going on without knowing, but I wasn't content and I didn't want to ask, because I feared the response. I had it set that I would ask, because only good could come from it; either he wants the same or he doesn't and I could move on, but what if he didn't want a relationship and it ruined what was there? That goes back to some women not knowing what they want.
January 5, 2012 at 11:02 AM

Alexys said…
I couldn't agree more in one sense, As females we have to realize that the guy we want is different from the guy we "need." generally we can tell you what we think we want him to bring to the table,but when we get what we ask for we either don't recognize it or we don't want it.

However at times men won't say what it is exactly that they want. They tend to pussy foot around what it is they truly want out of the situation at hand. Whether its a fuck, relationship, etc as females we can appreciate the truth and honesty UPFRONT!

If both parties were more honest and realistic with what they want with the other person a lot of the bull shit and unnecessary kinks would & could be avoided.
January 5, 2012 at 6:44 PM